We have led the world’s industrial robot market since the first release of the all-electric industrial robot “MOTOMAN” in Japan in 1977.
Since that time, we have successively commercialized and marketed optimum robots for various uses, centering on arc welding, one of our areas of expertise, and including spot welding, handling, assembly, painting, transfer of liquid crystal panels, and transfer of semiconductor wafers. Recently, we have been enhancing our efforts in the food, pharmaceutical, cosmetic, and biomedical markets. Also, we continue to take on new challenges in further expand the fields where robots are applied. Save Space and Energy

Structures, performance and functions designed for optimum application help you to downsize production facilities and save energy.

With the 7th axis (E-axis), the arm can easily avoid interference with workpieces and jigs as well as keep the optimal torch posture by going around to the back of workpeices. Large workpievces can be handled and welding can be done the workpiece.

With the robot on shelf or on the top of the positioner, welding can start from the top of the workpiece, and the installation space can be halved. If the robots are in close proximity, the arms can be easilty posed to avaoid intereference, and several robots can be placed in small space.

Not only are the torch cables inside the U-arm, but the welding earth cable as well as the gas and air hoses are inside the base. This reduces the space in which the cables can move and stretches the cable’s life.

The servos are turned OFF automatically when the Robot is stopped for long period of time. Save Space and Energy

The slimmer structure, new features and high performance enable you to downsize production facilities and save energy.

Best Performance in its class

The highest speed in the world has been achieved by using high-speed, low- inertia AC Servomotors and state-of-the-art control technology. A slimmer robot form has also been developed, while wrist allowable inertia has been increased.

The waterproof and dustproof structure (IP67 class level)*¹ at the wrist part enables the robot to operate in environments subjects to waterdrops and dust. *1: Available as an option for MH5S, MH5LS,MH6 and MH6S The playback path mode during a test operation can be confirmed by low speed test operation. This mode of teaching operation with the optimum path in minimal time possible while verufying the existence of interference with workpieces or jigs.

Interference between arms of densely installed Robots can be constantly monitored to automatically stop movement if a collision is likely to occur. (This prevents collisions between Robots caused by programming mistakes.) Constantly checks the interference between the robot arm ad up to 16 defined cubes to prevent the robot to collied with workpieces or peripheral jigs.

The functional safety unit , which is configured with the redundant CPUs minimizes the area within the safety barrier by restricting the robot’s operating area.

•Zone limit switches can be eliminated for Robots in setting process.

The servos are turned OFF automatically when the Robot is stopped for long period of time. Twenty four hour operation in which Robot is operating for 16 hours and on stand by for 8 hours The new dual-arm robot is designed to resemble the human figure.                                   The robot has slim arms that are similar to a human’s arms in size and with seven joints in each arm. This human-size robot enables to replace the manual work to the automate operation without changing the existing layout and facility. The coordinates operation of seven axes for each arm and one at wrist has made it possible to move efficiently with great dexterity requiring no further exclusive equipment for robots.

What does Dual-arm do?

♦ Continuous handling without a temporary stand or reverse jig

♦ Distributing parts for each process 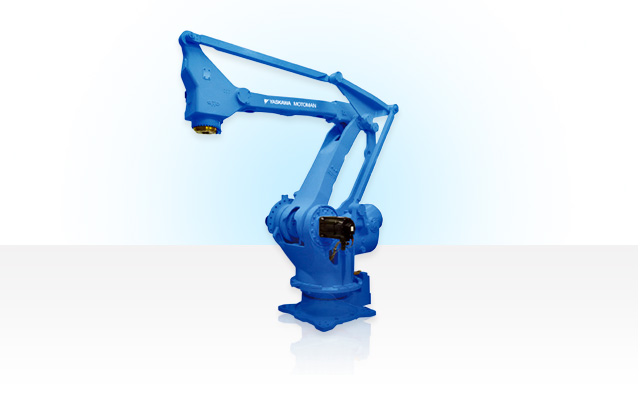 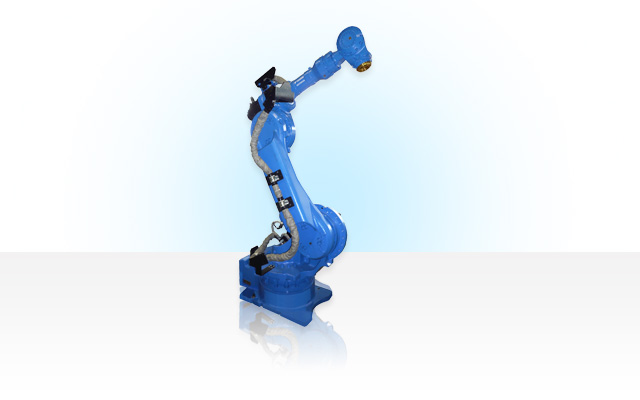 Based on the concept of having a broad range of motion witha compact design, Yaskawa’s MOTOMAN robots continue to evolve as optimized robot in functions and performance of each application. The rich line up in the MOTOMAN-EPX series provides robots with avriety of features for each type of workpiece, arms with internally routed hoses and a high performance controller. The best robot for the application can be chosen to ensure high quality painting. 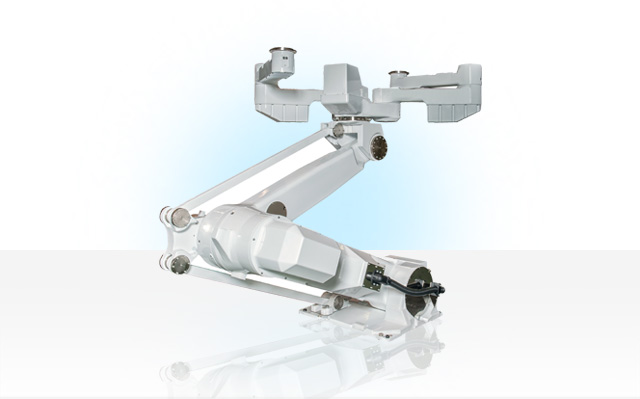